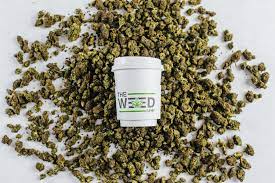 Medical marijuana is a derivate of the plant called Cannabis sativa. They are used to alleviate symptoms caused by certain medical conditions. Marijuana contains over 100 chemicals known as cannabinoids, each of which has a different impact. The plant or chemicals in medical marijuana can also treat certain diseases or illnesses. Given below are 6 medical marijuana uses that are commonly applied.

How to get it

Some places have authorized medical marijuana uses. In such places where marijuana is used for medicinal purposes, you need a statement written by your doctor to get it. The letter must describe that you need medical marijuana to treat your stated condition or to alleviate certain side effects. Also, your name should appear on an authorized list that lets you purchase marijuana from an official seller.

Although the above conditions can be treated using medical marijuana, there are some downsides that you need to be aware of. Frequent use can affect your memory and can cause long-term damage to your cognitive abilities as well as your driving skills. In addition, smoking marijuana can harm your lungs and cause lung cancer, not to mention the tremendous risk of substance abuse and addiction.